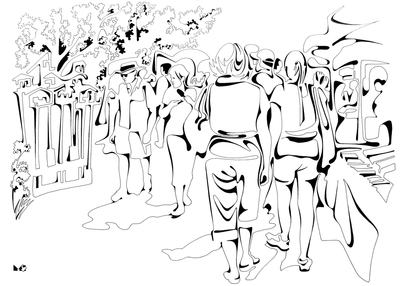 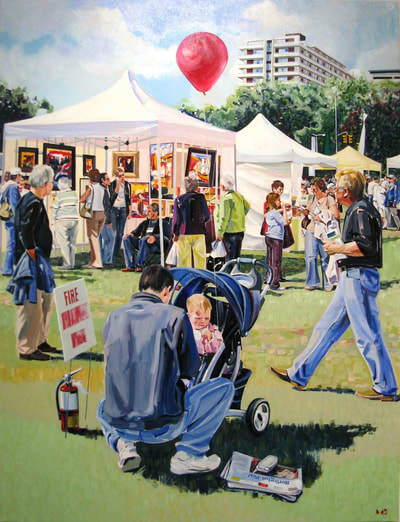 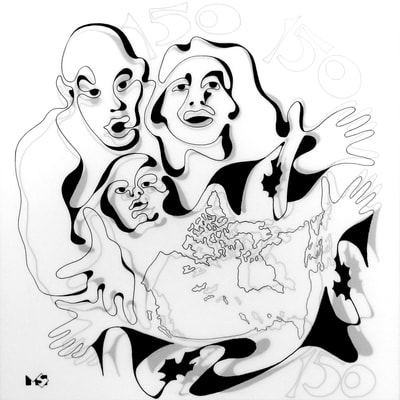 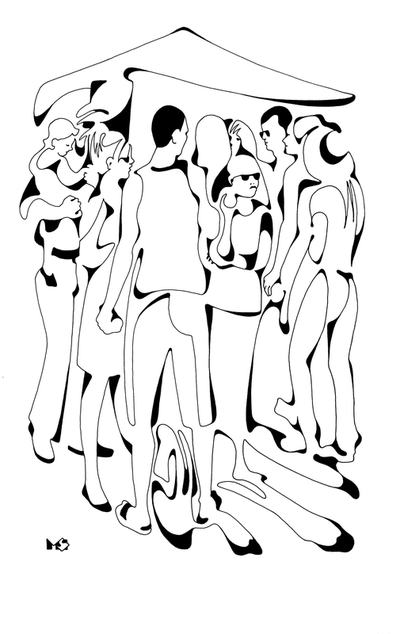 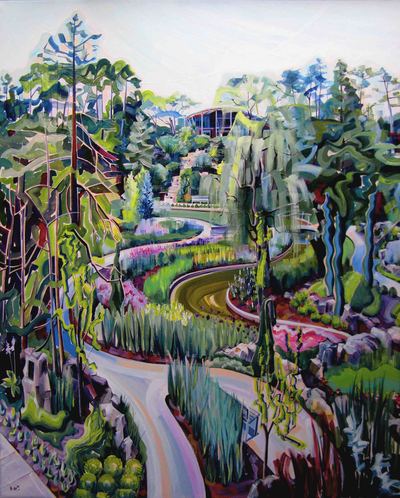 Maria is a devoted observer of the ever changing daily life. Her paintings are colorful snapshots of the urban and rural landscape of Canada . Her work is a testimony of undeniable affection for Canada .

Her canvases are her artist statements.

Maria H. Sarkany, SCA is an elected member of the “Society of Canadian Artists”. She was born and educated in Europe .

From 1962 to 1967 graduated from the School of Fine Arts in the textile design discipline.
In 1998 she became one of the Royal Canadian Mint “Create a Centsation!” contest winners. Her coin design title was “A Nation of People”.

In 2000 she donated two sculpture designs to “Our Millennium”. They were titled: “Gates of Burlington” and “Oh Canada ”

In 2003 she participated in the BAC 25th Anniversary “Connections” Juried Exhibition in Green Hall Itabashi Japan .
In 2004 Maria was awarded an Exhibition Assistance Grant by the Ontario Arts Council.

In 2005 she was one of the artists representing the city of Burlington in the Apeldoorns Museum Juried Exhibition, “ Twin City ”, in the Netherlands .

In 2005 she participated in a four major Hungarian city touring exhibition titled “Between two homelands” with Hungarian Visual Artists of Canada.

In 2006 she was an exhibiting artist and a committee member at “Artists Walk” Alliance Inc. Cooperative in Burlington .

Her award-winning paintings and graphics are displayed in corporate and private collections in three continents.